The Professional Golfers’ Association of Alberta was formed in 1964 to support the growing needs of Golf Professionals residing and working throughout the province.  The Association’s mandate has always been to complement the programs and services offered to Canada’s Golf Professionals by the Canadian Professional Golfers’ Association which was established in 1911.  The programs and services offered by the Provincial Association have always been well supported by the Membership as there has always been great value to the Members with each initiative.  In 1986, the concept of the Association working toward building an asset base in order to establish long term stability was first introduced by the Board of Directors.  This asset base included plans for a building and along the way required the Association to incorporate as a not for profit corporation in order to put itself in a position to hold title on property. 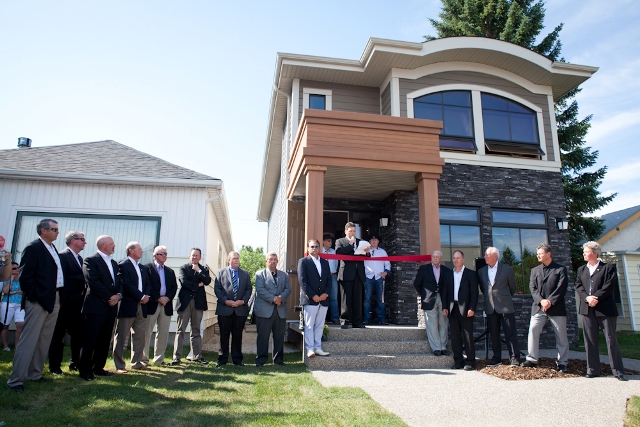 Seventeen Past Presidents were on hand during the Opening Day Ceremony held July 10, 2012

The benefits to the Association extend beyond the financial stability that will be provided as a result of Members investing into a long term asset.  Although controlling our annual operating costs serves as the primary reason for having established a building fund, the opportunity for the Association to promote its Members both past and present as well as preserve the Association’s heritage are residual benefits to owning a building.  This initiative establishes the Association’s place as an operating concern in the Province of Alberta since 1964, lending greater credibility to the Association and gaining continued support for our Members by the business communities in which we serve.  These residual benefits will be enhanced during occasional visits to the office by Association Members, future Members, guests and potential partners.  All Association Committee Meetings and Board of Directors’ Meetings could also be held onsite and this should be encouraged as much as feasibly possible.

Long range plans for the Association have included discussions on conference centres, teaching centres, educational settings as well as driving ranges and golf courses.  We must first walk before we run and at this juncture an asset to be used for our Association’s administration is the best use of the restricted funds we currently have available to us. 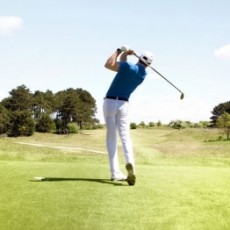 172 Members and Partners contributed in excess of $80,000 during building construction!

The Professional Golfers’ Association of Alberta wishes to extend its gratitude to the following Members, Partners and Golf Courses for their generous contributions towards our New Building.

Over $80,000 was raised during a twelve month campaign from within the Membership and from contributing partners. These contributions have provided us with the opportunity to upgrade the following areas within the building: Library & Seating Area, Board Room, Cabinets & Displays, Photos & Memorabilia