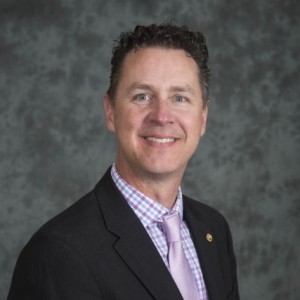 Bob Paley’s career in golf started later than most people who decide to pursue it professionally. Although he started playing the game when he was twelve years old, golf to him was a game he played once or twice each season, on the links in and around Red Deer. After high school, Paley entered the University of Calgary’s Physical Education Program, earning his Bachelor’s degree in 1990. He then made the move to Edmonton, pursuing his education at the University of Alberta, earning a Masters degree in Sports Psychology. During that time, he wandered over to the Derrick Golf & Winter Club to find out about working at the club to support his education, and accepted a job working with Head Professional Kerry Ketter in 1991. He was twenty-three when he accepted this job, and within three years he successfully completed the Association’s Playing Ability Test, becoming an Apprentice of the Canadian PGA. At that juncture of his short career, on that day in 1994 not only did he successfully complete the P.A.T. to earn his Apprenticeship Status, he won the event. Paley remained at the Derrick Golf & Winter Club for another year after graduation from U of A, and made the move to Calgary in 1996, accepting a job at the Cottonwood Golf & Country Club. After a year at Redwood Meadows G&CC, Paley moved to the Kananaskis Country Golf Course, and spent four years working with Wayne and Brian Bygrave, before accepting his current role in 2001 as Head Professional. His involvement and interest in all facets of the golf industry, have kept Bob abreast of the latest trends and innovations of golf. This extends far beyond the pro shop walls. He challenges his staff to administer the operations at Kananaskis, and helps them implement programs to help improve their careers and their playing ability. He is a regular attendee at the annual Property Management Conferences run by the Canadian Superintendents’ Association, and has been actively involved in several areas with the CPGA of Alberta. He dedicated much of his time in the off season to help grow the Golf Shows for six years, and served for three years as a Member of the Assistants’ Board of Directors. After accepting the Head Professional role in Kananaskis, he wanted to remain active with committee activities and spent three years involved in the growing Education Portfolio in Alberta. In 2005 Bob successfully ran for the Board of Directors, and accepted a three year term and the portfolio of Membership, Education & Employment. After Education Bob was proud to be given the Promotions portfolio and help out with Junior Golf, the Consumer Shows, developing our Community Relations portfolio, and supervising Awards protocol. In 1998, Bob won the Canadian PGA’s Tex Noble Award, for having achieved the highest mark on his Class A Exam. One year later, Bob was awarded the Assistant Professional of the Year Award by his industry peers. In 2007 his team was honored with Merchandisers of the Year for Alberta, a distinction they were honored with again in 2009. In the same year Bob was also honored by his peers in Alberta as being Alberta’s Club Professional of the Year. On February 20th 2010, Bob was given the ultimate complement by then CPGA President Lyndon Garon and informed that he was selected as the National Award winner for both Club Professional of the Year and Merchandiser of the Year for all of Canada. He was also told by Mr. Garron that it was the first time in Association history that these two awards have been given to the same individual in the same year. Bob’s continued commitment to golf, and his passion for knowledge and getting better can be summarized with a statement he has made in the past, one that he believes and adheres to on a regular basis: "Continuing education is fueled by a passion to be the best. It also signifies a true joy in knowing and learning as much as possible about a certain topic. Being passionate about golf is what makes people want to be around golf Professionals. They ooze golf...they are golf. If you are always seeking new or updated information about your trade, you will be that "go-to" person, and a person that people will want to be around and get information from." Bob, his wife Tracy and their two sons, Matthew and Sam, live moments from the first tee at Kananaskis. 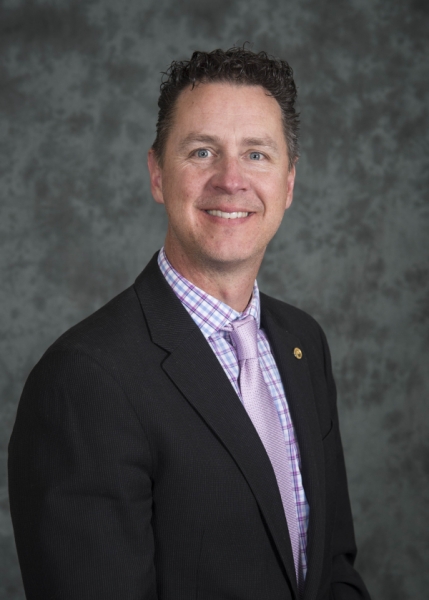