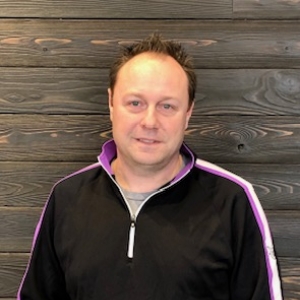 I grew up in Winnipeg and only played a litte bit of golf there growing up. Golf became more of a passion at age 13, after moving to Saskatoon, as several children I went to school with were avid golfers.  We all played at Wildwood, a municipal owned course, almost everyday we could. The course was a bit "rough" so to speak - as I recall getting lies that were almost unplayable, just off the fairway. However, this course produced some of the best players from Saskatoon over the years. It was said "If you could play here - You could play anywhere" and this quote is fact.

Next, seeking better turf conditons - I joined the Willows Golf Club, then a 36 hole facility in Saskatoon as a junior member. Later that summer the Assistant Professional offered me job and just like that - I had my first job at a golf course at age 15, and have never looked back. Over the years I have worked at Caddy Shed Golf Store in Winnipeg which was the "Golf Town" of its time, and the The Links at Quarry Oaks Golf Course in Steinbach, Manitoba (an awesome Les Furber designed 27 hole track).

My professional career started at Kingswood Golf Club, in Winnipeg, as an Assistant in 1999. In 2003, I left Kingswood and headed west to British Columbia, to persue a professional opportinuty at Pemberton Valley Golf Club just north of Whister, BC. At Pemberton Valley, I transitioned from Associate, to Head Professional and finished as the General Manager.  In late 2008, I moved to Fort St John, BC to be the General Manager at Lone Wolf Golf Club, in Taylor, BC and spent 10+ years there. Over the duration of these 10 years, Lone Wolf  became "the course to play" in Northern, BC as we were known for the best course conditions, awesome food, innovation, and our fun, friendly, family atmosphere. I met my wife Crystal in Fort St.John, and we were married in 2015.

Fast forward to the fall of 2018 - The General Manager position at Fort McMurray Golf Club came up and I had to have it. I knew the storied history of the club I wanted to "write the next chapter" in the Fort McMurray Golf Club book.  2019 will mark the first season with all 27 holes and a our brand new clubhouse open at the same time, as the clubhouse rebuild has been 3 years long in the making after the widfire of 2016. 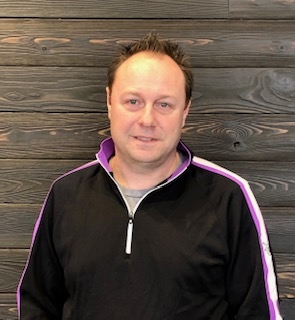