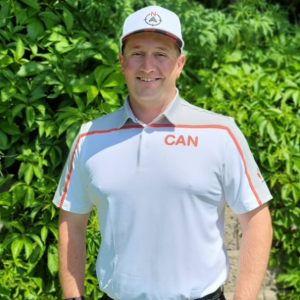 An Olds, Alberta native, Mathew practically grew up on the links of the Olds Golf Club. After finishing his junior golf career, Mathew decided to pursue his career as a Golf Professional, starting with his diploma in Professional Golf Management. For three years, he spent his time learning as much as he could about both the business, and game of golf at Lethbridge College, where he played golf for the LC Kodiaks. During this time, Mathew split his summers between the Innisfial Golf Club, and the Olds Golf Club working in their respective pro-shops. After completing his post secondary education, Mathew elected to fully commit to becoming a golf professional by revoking his amateur status in the Summer of 2012, while he was employed by the Sundre Golf Club. In the winter of 2016, Mathew joined the Henderson Lake Golf Club, as their Associate Golf Professional, and moved once again in 2020, when he took the role of Head Professional at the Innisfail Golf Club, where he remains today. Mathew’s approach to golf instruction is to fully customize his student’s experience, based on each individual’s unique needs. Rather than teaching a single method of the game to every player, he uses the principles of physics, bio-mechanics, and psychology to teach his students how to play better, while reducing their chances of injury.