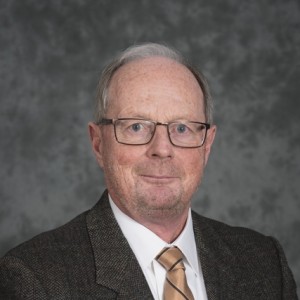 A winner of a number of awards in his home province of Alberta, Laugher is thrilled to win his first National Award as Club Professional of the Year. “I was elated to get the news that I won this award,” said Laugher, Head Professional at Priddis Greens Golf and Country Club in Priddis, Alta. “Basically, it’s the best news you can ever get from being a Canadian PGA Member. I’m just so proud to be in a group with all of the past winners. It’s such an honour.” In winning the Club Professional Award, Laugher (pronounced “lough-er”) is the second consecutive Albertan to win the award, following Tiffany Gordon of Cottonwood Golf and Country Club in DeWinton. Laugher was recognized by a National Selection Committee that judges nominees based on a wide range of criteria that include business operations, promotion of the game, and playing ability. Laugher exemplifies excellence in a Head Professional, and he was recognized for innovation, sound business practices, and high standards in overseeing a staff of about 50, managing almost 30 tournaments a year, dealing with more than 35 corporate accounts, and helping run charity tournaments that have raised more than $1.7 million for cancer, while still finding time to teach weekly junior clinics. Laugher’s long list of accomplishments are highlighted by his extensive involvement in promoting the game. Laugher has introduced a sponsored Junior Program to Priddis Greens, developed a tee time booking system free of playability restrictions, hosted the Canadian Club Professional Championship and the Canadian Amputee Championship, served on several golf committees at both at the professional and amateur level, and donated his time for junior camps and free clinics. Throughout his career, he has been extremely dedicated, loyal and proficient. After moving from St. Catharines, Ont., to pursue his dream job in Alberta, Laugher has been the Head Professional at Priddis Greens for the past 18 years. “I started playing golf at 13 and I got my first job in the back shop at the St. Catharines Golf Club at 15. Bruce Murray hired me, took me under his wing and helped me with my game. “Then, years later, Al Ewen, the pro at Royal Oak Resort and Golf Club in Florida, invited me to work as an assistant in Alberta. I’ve been here for 18 years and I’ve never looked back. I watched it grow from an 18-hole semi-private course to a 36-hole private golf club.” Through the mentorship of professionals Bruce Murray, Al Ewen and many others, Laugher has developed into an exemplary golf professional. “With their help, I have been able to pass on many of the things I learned from them to several other CPGA Members in the Alberta zone at other clubs.”