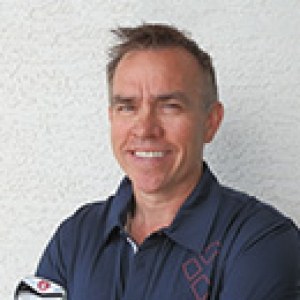 Scott Orban was born and raised in Taber Alberta where he grew up working at the Taber Golf Club where his dad was the manager of the club. He then moved on to be an apprentice golf pro at Henderson Lake Golf Club, Lethbridge and then to Picture Butte Golf Club. Scott and moved to Calgary to work at the Calgary Golf & Country Club as the clubs associate golf professional and In1995 Scott became the head golf professional at Shawnee Slopes golf club. The following season Scott moved to the newly built McKenzie Meadows Golf Club to establish this club and teaching facility. Scott added to his Mckenzie Meadows Golf Corp. responsibilities as VP Operations of Radium Resort and Springs GOLF Course’s from ’02 to 2013. Scott continues to be at McKenzie Meadows. Scott is married to Shelly and they have three children; Blake a Memorial Cup Champion and now Pro hockey player in Europe, James Who plays hockey for the UBC Thuderbirds and Sarah who competes with Canada’s National Track Cycling team. Scott is a 25 year Member of the PGA of Canada and continues to be passionate about teaching golf and working in the Club Management Business.