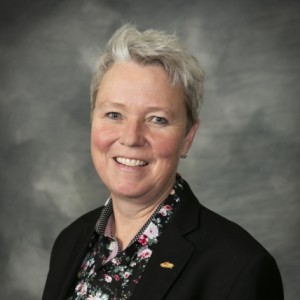 As a 25- year Member as a Class "A" Professional and over thirty years in the industry to date, Tiffany has found her place with the amazing team at the Carnmoney Golf Club, just south of Calgary. Her extensive career as Head Professional, Director of Operations, Executive Professional and General Manager at Cottonwood Golf & Country Club along with a career building and very rewarding couple of years with the Golf Channel Golf Academy, has her now landed for the past three seasons at Carnmoney.

Born and raised just south of Calgary in High River, Alberta, Tiffany had a passion for the game which became very evident at a young age. After a self-rewarding junior career, growing up around the golf industry, a career in golf was a natural path. After graduating from the Southern Alberta Institute of Technology with a Diploma in Business Administration and a successful three -year stint on the golf team where she was ACAC Champion in 1987, 1988, 1989, and also Female Athlete of the Year, her start in the PGA of Canada began. After her involvement at Cottonwood from 1990 to her current position, Tiffany has had an opportunity to be involved in many aspects of the Golf Industry. Her involvement on the Board Level with the PGA has become a priority which she enjoys currently today. For over twelve years, Tiffany has worked with the PGA of Alberta Golf Shows, starting as a volunteer and working into a position of Chair of both shows. Her Board involvement with the PGA of Alberta led her to the role of President from 2009 - 2011. She was very instrumental over the years with long range planning, building and opening our current offices and most importantly building the brand and culture of the PGA of Alberta. Currently she is a Director with the PGA of Canada in her second term,   and in her final term as a Director and Secretary of Alberta Golf, she continues to involve herself in the industry and remains very active on various committee’s and Boards.

To grow the game and support the industry will always be a mandate. Involvement with numerous charities she finds time to give back. Working with such programs as Golf Around to charity work with Kids Cancer Care, Cystic Fibrosis, Alcove, Easter Seals Alberta and currently Tiffany sits on the Board of Directors for the Foothills Country Hospice in Okotoks, another charity which she holds near to her and her family. Accomplishments and highlights that continue to motivate Tiffany are: • Past President of the PGA of Alberta 2009 – 2011 • Current Director of the PGA of Canada • Past Committee Member on the Golf Canada Hall of Fame Committee • One of the “Top Calgarians that Give” thru Avenue Magazine in 2000 • PGA of Alberta Club Professional of the Year in 2005 • PGA of Canada Club Professional of the Year in 2005 • Score Magazine Club Professional of the year in 2005 • Past Honorary Chair of the CF Foundation Golf Event • Business Leader of the Year in 2016 Business in Calgary Magazine • Certified in Du Maurier Clinic Training and various Club Fitting Programs • Past Committee Member for the Celebrity fundraiser for Sick Kids and the Calgary Children’s Hospital . Tiffany has a commitment to many Associations including Golf Canada, Alberta Golf, PGA of Alberta, PGA of Canada along with charitable work in the community. She enjoys her work and speaking engagements with various Associations which allows her to keep in touch with many of her Industry partners. She continues work with her Family business with the addition of Public Relations Advisor with Century 21 Foothills and is energized to be working in the private club atmosphere again.  What was missing was the club aspect and her new role at Carnmoney Golf Club has allowed her to get ’back in the game again’.  As an addition to the management team to join Patrick Coli and his team after the years of friendship and mentorship has been a reward. Tiffany has a commitment to women and golf and is incredibly passionate about her commitment to junior programs and growing the game from a grass root level. Her current involvement as one of the few Canadian Coaches with Love.Golf, a Women’s development program out of the UK,  as well as her commitment to development of her TAG Pro Golf Programs and the recent addition of the Jerry Miller 5 Wood Foundation for Junior Development, allows her to continue to create her vision for the game.  Culture is important to Tiff, and she continues to build and motivate her operation daily to ensure that the highest standards are set and carried out.

Her philosophy is this: Passion and involvement promotes education and learning. Commitment to making yourself interested and aware will allow you to set goals, standards, and creates results. Information and knowledge is power. As Golf Professionals in this industry we cannot lose sight of what is important and must always take opportunities to “step outside of the box” to be the best at what we do.... professionally and personally. 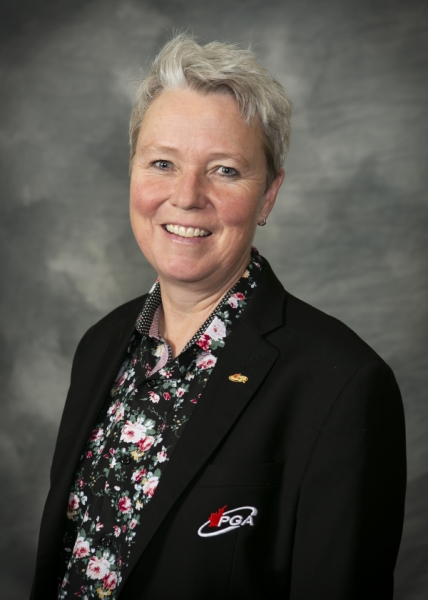